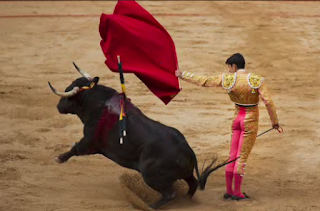 Not long ago a friend was telling me that he is changing his attitude about some of the challenges he confronts in life.

He said, “From now on I’m going to look at life like a bull fighter!”

He shook his head and laughed; then he stood up and held his hands out like he was holding a cape like a bullfighter. “You don’t understand. From now on I’m gong to look at some things in life and say, ‘Ole'!’ and let them go by!” and he whipped his hands and his imaginary cape to the side.

Maybe that’s a good strategy for some of the bulls we're facing in our lives. Say, "Ole'!" and let them go by!

The Left Hand and The Right Hand 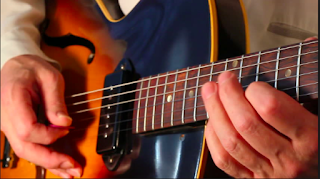 My brother has long been a wonderful guitarist. We were talking the other day about music and he said something that was so cool and on-target that I expected Keith Richards, George Benson or Brad Paisley to walk up to our table and say, “Joe’s right.”

He said about playing guitar, “The left hand is what you know, the right hand is who you are.”

Think about that; as a right-handed player your left hand moves through the chords and notes you’ve learned, while your right hand picks or strums based on the rhythm you feel or want to present. Obviously, it’s just the opposite for left-handed musicians.

When he said, “The left hand is what you know, the right hand is who you are,” I stopped the conversation for a bit because I wanted to be sure to remember the comment and the moment.

Apply the logic to our lives: we all have a wonderful amount of knowledge stored up…but, how do we express the knowledge through who we are?

Do we move through life in our own style?

Or, are we living someone else’s life because of what we’ve been told? Do we simply put one foot in front of the other and check boxes until we’re…well…in a box?

A Tale By the Tiger 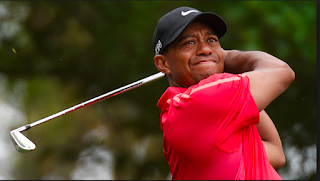 Whether you’re a Tiger Woods fan or not, whether you even care a bit about golf…you’ve got to be impressed.

In the late-90s, early-2000s, the coverage of Tiger Woods made this year’s focus on Zion Williamson look like a blip on a television/computer screen.

Then it all came down; personal issues, back/neck/knee problems. As Woods said, “I couldn’t even go into the back yard and play with my son, Charlie.”

So, his comeback last week at The Masters and winning on Sunday in such a dramatic fashion, you’ve got to admire the dedication, focus, tenacity and sheer will-to-win he showed.

A wonderful lesson for all of us who are out here trying; keep swinging. 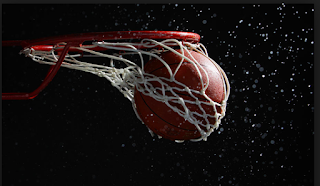 So, who are you pulling for tonight? The Virginia/Texas Tech game will be the culmination of another exciting college basketball season.

This year we’ve seen a ton of great, last second, lucky shots. These OMG! moments thrill one side and crush another.

But, are the shots really lucky? My definition of lucky is they pulled some slob who’s never had a basketball in his hands out of the stands, put him at mid-court, and he drains the shot. That’s lucky! (And, let’s be honest, it’s more of a fling than a shot.)

However, some kid who has been playing for years, spent untold hours practicing, has been coached to the max and is in great physical condition isn’t lucky when the ball bounces and rolls around the 18-inches of NO!…and then drops in; he or she is fortunate. They were a little off the mark, but not so much that they miss.

That difference is much bigger than we often recognize. If you are willing to try you have a opportunity. If you don’t try, your chance of scoring is zero.

As Michael Jordan once said, “I've missed more than 9000 shots in my career. I've lost almost 300 games. 26 times, I've been trusted to take the game winning shot and missed. I've failed over and over and over again in my life. And that is why I succeed.”

What do you know you should be trying, but aren’t? What do you deeply want, but right now it’s simply a dream? What type of trying gets you closer to the dream? The chances of the dream just walking through the door is really low.

The number of times a slob comes out of the stands and hits that mid-court shot is so small it is almost non-existent. The kid who is hurt and tired and puts it up with 2 seconds on the clock, thousands of people screaming and a championship on the line has tried this shot before…thousands of times…and has a lot better chance of that 18-inches of No! saying….YES!!!

Come on out on the court with us and start trying. We’ll welcome the teamwork or the competition. 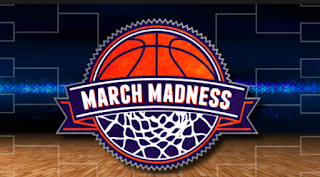 One of the wonderful things about March Madness is watching teams win. You can listen to all the talking heads, but I’ll tell you in three words why teams, why individuals, win: they are “Imposing Their Will” on the other team and on the game.

Imposing your will does not have to infer force or, at its most extreme, violence. The phrase, and action, can simply mean guiding and encouraging others, and the situation, to an outcome believed to be positive.

However, imposing your will on others simply for the satisfaction of doing so is something else…it’s bullying.

What goals, what outcomes, are important enough to you to impose your will on the people and/or forces necessary to bring about the outcome you desire?