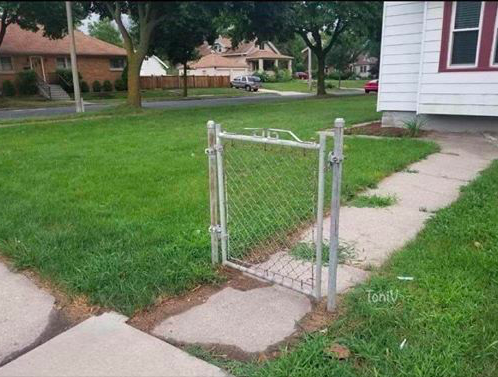 Too often this is life. You're walking around in the yard thinking, "I've got to get the heck out of here, but how do I get through the gate?"
Maybe one or more of these 10 attitudes are fencing you in:
1. Negative thinking...you're standing on the porch looking at the back of the gate and thinking, "I bet the damned gate is locked!"
2. Giving up too soon..."Every time I want to do something there's a gate I've got to go through. It's just too much trouble."
3. Living in the past...."The last time I tried to leave the gate was locked."
4. Self-limiting behavior..."I've never tried to open a gate like that before."
5. Negativity..."Even if I get out of here I bet there's nothing fun to do once I'm outside."
6. The Blame Game..."It's Their Fault for putting a gate up in the first place!"
7. Resisting Change..."The gate used to open the other way...(sniffle) BUT THEY CHANGED IT!"
8. Honoring Others' Priorities Over Their Own..."I should probably wait until everyone else wants to leave."
9. Doubt Their own Instincts..."I bet I could just walk right through that gate! Naaah, that would never work."
10. Search for the Easy Answer..."You know, I bet I could just walk out of the yard without going through the gate." (Amazing how often that works!)
Posted by Mike Collins No comments:

Best friends forever. What happened to that? 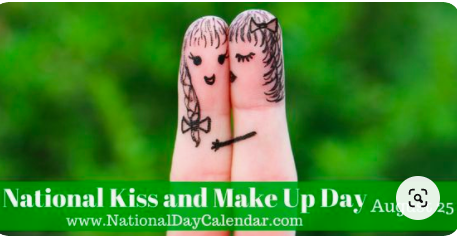 We all have someone in our lives we've bumped into.

Well, maybe we didn't just bump into them, maybe we crossed swords with them.

Whatever happened, and however you describe it, you and they are on the outs.

Recently, I saw a quote, "Best friends forever. What happened to that?"

I have a "best friend" whom I've known all my life. Back around '83 we had a bump up and it was a dozen years before we accidentally crossed paths. We made up and were fast friends for about 13 years.

Then, I made a life decision that took me out of his orbit, he said some mean-spirited things and now, 11 years later, we still haven't spoken.

I've reached out every year by email to wish him a Happy Birthday and Merry Christmas...crickets. For all I know he could have died, but we have some mutual acquaintances so they'd probably say something.

Here's the point...none of us are so well-friended that we don't need another friend. Plus, we don't need the stress of thinking about what I've just been writing about.

So, during the next week I'm going to reach out again and see how he's doing.

Here's my challenge to you: Pick someone with whom you've had a bump up...float a small--or large--effort to reconcile. See what happens. The simple act that you tried makes you the bigger person.