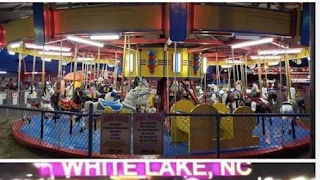 When was the first time you asked yourself, “Is this what love feels like?”

My first time was mid-summer, ’67. I was 15 and walking through the pavilion at Goldston’s Beach, White Lake, NC with a girl I had just met; she was 14.

Earlier that day I watched her emerge from the water wearing a white, two-piece bathing suit and looking for all the world like Botticelli’s Venus.

Now, let’s be honest…I may or may not have had a clue what Botticelli’s Venus looked like. I mean, I was into history and kinda into art so the possibility is open for discussion. But, if someone had pointed to her and said, “Don’t you think she looks like Botticelli’s Venus?” I would have said, “Of course!” simply because whatever it was sounded rare and beautiful and, well…she was.

An Eastern North Carolina summer night at White Lake simply felt like the canvas on which love should be painted. The warm, soft breeze occasionally pushed her bangs away from her face; the music of what we would later call The Summer of Love provided an oh-so-appropriate background; the fragrance of grilling burgers and cotton candy was convincing evidence that that is what heaven smells like.

We were strolling and I’m stealing glances at her by checking out her reflections in the big, glass windows at the few shops in the small park. Her hand brushed mine once or twice and I distinctly remember later feeling like a loser because I did not have the courage to gently fold hers in mine.

The pavilion had a small, outdoor dance floor and I’m sure I did not have the courage to ask her to dance. I do remember Windy, by the Association and The Letter, by The Box Tops.

Another strong memory is having 15 year-old male thoughts when I heard Wild Thing (The Troggs), Hanky Panky (Tommy James and the Shondells) and Lil' Red Riding Hood (Sam The Sham and the Pharoahs) and internally chastising myself because that’s not how you think about someone you feel this way about.

The one sound that stood out--and continues--more than any other, was her laughter. We tried the bumper cars and every time we banged together she exploded in laughter. It sounded like what angels probably sound like when joyful.

The folks who own Goldston’s Beach are selling all the amusements, including the Merry-Go-Round. A friend’s posting of the photo above tripped the trigger on my memories.

The girl and I have remained wonderful friends for over half-a-century; her laughter still sounds like angels. Our paths crossed quite a few times, but never in ways that led to holding hands permanently; probably a good/bad thing at the same time. She is happily married and I could not be more delighted for her.

Now…well…there are always a few summer days when I think about Goldston’s Beach and bumper cars and cotton candy in the air. There are still days when I wonder…is this what love feels like?